Current and Past Projects

A number of classic Bay Area web pages have gone out of service for various reasons. We are working to archive them here. If you have materials to be added, please let us know.

Tristan contributed much to bicycle activism in the Bay Area with his principled, festive, and highly creative, indefatigable initiative. To keep his spirits with us and support him in his ongoing recovery, the fund is intended to enable small but vital creative bicycle activism projects that continue Tristan's unique legacy.

Tristan made a difference in the intense campaign for equal access to the San Francisco-Oakland Bay Bridge and for other bridges, beginning in 1996. (As of this writing, January 16. 2010, the West Span campaign is in full swing, 10+ years later).

At one Richmond-San Rafael bridge protest, Tristan was so inspired by the drift wood, styrofoam and other detritus found washed up under the bridge, that he created a working raft! With other bicyclists joining him, Tristan floated into the bay on the raft, the group holding their bicycles high overhead to illustrate our determination to cross to Marin, as well as to illustrate the insanity of banning us from the 12-foot shoulder.

Of his many efforts, Tristan traveled to Sacramento repeatedly for bicycle advocacy, including a campaign to protect the civil rights of bicycle demonstrators in the state capitol, who were being brutalized and falsely cited and arrested by local police for riding (see our pages here. Other archives were recently lost to hard drive failure and are being recovered).

As a result of those problems in Sacramento, BCLU organized a lawsuit which won a settlement, making this fund possible. Applications can be sent to the BCLU.

Tristan is recovering from a severe head injury suffered when the Israeli military shot a high velocity, extended range metal teargas projectile directly at him, in violation of its designated use. Tristan often traveled around the world as a human rights observer and independent media reporter. A website has been created to support his recovery: http://justicefortristan.org/

A letter decrying the most recent of two incidents in which a professor was killed by motor vehicle in Berkeley, California. 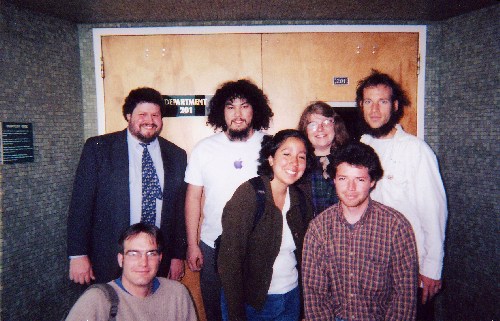 Support Civil Rights. Critical Mass riders are suing the Berkeley Police Department as a result of a campaign of harassment, violence, and other civil rights violations suffered in 2001. As of May 24, 2004, our latest copies of documents: